Passive InterModulation (PIM) in Cellular Networks describes the mathematical interference incurred when multiple desired communication signals result in a family of undesired signals and disturbances at high frequencies and power ratings - specifically in the ~20GHz and up to 200W ranges of operation, although also affecting lower (typically ~2GHz~/20W) regions. These undesired signals and disturbances interfere with desired signals resulting in losses and dropped transmissions. The problem is so significant that in 2012 Hughes Electronics embarked upon a new R&D programme aimed at isolating specific causes of PIM and creating a new breed of products that would significantly reduce its cause and effects. 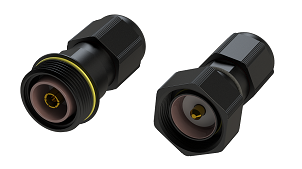 Hughes Electronics has looked beyond the high level, previously identified causes of PIM such as external interference, materials handling, installation and performance to identify contributing factors at a more granular level and have found that many causes of PIM are in effect introduced at the design and specification stages through the use of less than ideal components designed in. We have investigated the sources of avoidable signal degradation and focussed on cost-effective, legacy compatible solutions to these issues. The work has resulted in an influential White Paper and the creation of a breed of products that provide better mitigation strategies to resolve the identified issues and enable higher and more consistent 4G network performance.

Problems in the terrestrial copper segments of transmission channels proliferate where desired signals transit through one physical layer interface or connection point to another are the source of much avoidable noise. It is at this point that many distorted and harmonic signals are generated, significantly decreasing Signal to Noise Ratio (SNR). Poor intermateability and poorly matched impedance cause part of the desired signal to distort, reflect and create harmonic distortion.

These distortions, reflections and harmonic signals are almost inevitable given the design specifics of the connectors, baluns, jumper leads and exterior cross-connects that are prolifically deployed in the field.

What may work on the day of fitting, easily degrades through corrosion, relaxation of connection forces or temperature cycling and ageing issues.

Hughes Electronics have identified significant magnetic field effects within the bulk of metal connector bodies' metallic construction/plating, causing non-linearity and parallel paths in signal transmission through the connectors. There is also many variations in connector “form, fit & function” within the overall expected “standard” designs. Poorly designed Dielectric materials, particularly in exterior cables have been found to have a profound effect on impedance not stated by manufacturers. And ferrite cores in balun products have been found to either compromise signal integrity in the case of voltage baluns or increase noise in the case of current baluns.

Hughes research has focussed on cost-effective, legacy compatible solutions to these issues, we have investigated the sources of avoidable signal degradation and are currently developing products that provide better mitigation strategies that will help resolve the identified issues to enable higher and more consistent 4G network performance.