The analyst firm Omdia has through a clever algorithm come up with indices of overall 5G progress: spectrum, launches, coverage, take-up and ecosystem.

The UK is currently ranked 7th in the world and is second only to Switzerland in Europe.

As the preferred supplier to EE & Three 5G Test Sites, Hughes is proud to be a renowned enabler of the UK operators’ ability to stay on schedule and ahead of the curve by delivering what’s needed, where it’s needed, when it’s needed. 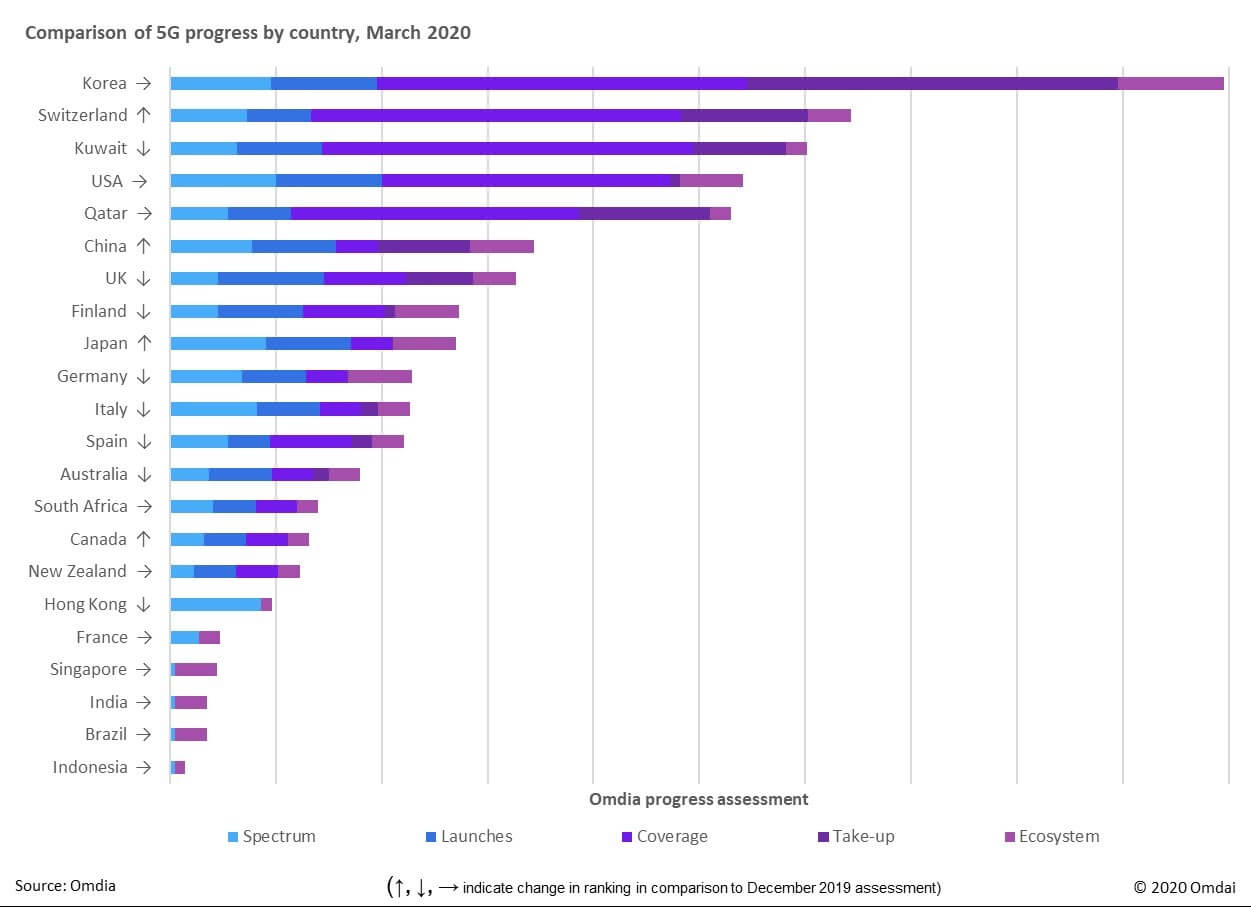 “The UK Government has identified 5G as a key technology to assist in its goal in delivering nationwide Gigabit broadband by 2025,” said Stephen Myers, Omdia Principal Analyst.

“The UK government’s £1.1bn digital connectivity package (…) will support investment in new fixed and mobile networks, through programs such as the 5G Testbeds and Trials Programme.

“The UK is second only to Switzerland in terms of 5G deployment in the European market and as things stand is well-positioned to lead its continental rivals in the deployment of 5G” The other major European countries lag the UK the most in “launches”, where the UK is tit for tat with the global 5G progress leader, Korea.